The O&G content in the brine presented significant challenges for the wastewater treatment facility. To prevent exceeding the plant’s discharge limit and potential fines for violations, the opportunity crude rates had to be reduced along with crude throughput curtailment.

A solution was required which would allow for improved blending flexibility of these heavy opportunity crudes without causing desalter upsets and excessive O&G in the brine. Three trials by various competitive process treatment companies had previously failed to improve the situation.

Veolia was confident that the innovative treatment solution proposed, BrineCLEAN, would solve the challenge under all modes of operations. This included desalter continuous mud-washing, which was of critical importance to maintain desalter cleanliness. 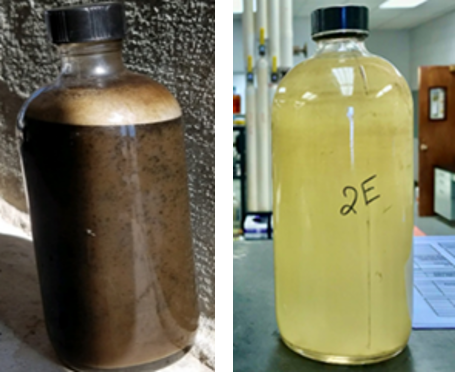 Within the first few hours of initiating BrineCLEAN, Veolia’s patent-pending desalter brine quality assurance program, the rag layer in the desalter was reduced by ~30%. At the same time, the desalter’s effluent brine O&G content was reduced by over 95% (see Figure 2).

For the two years prior to implementing BrineCLEAN, the O&G in the effluent brine averaged 1,900 ppm and included three trials by competing process companies that had failed to produce results.

The first year of operation, using BrineCLEAN resulted in an average O&G level in the effluent brine of 75 ppm: a decrease of 96%.

The refinery was able to process higher rates of heavy opportunity crude which they estimated improved their profits at least $1.5MM/year. 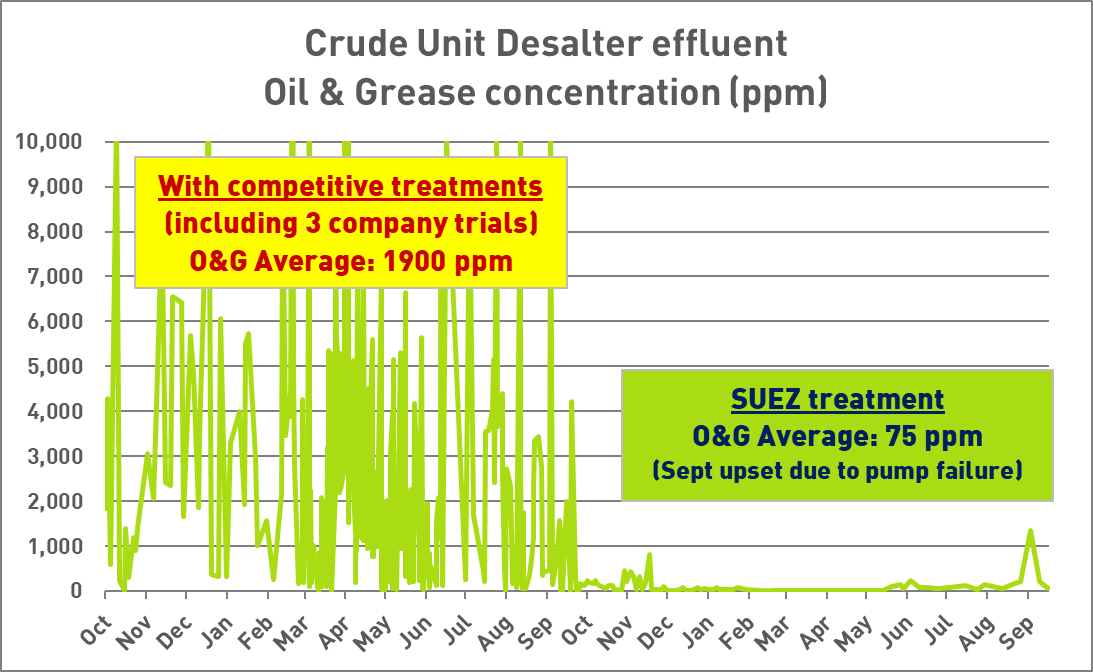