Fouling caused by large organisms, such as oysters, mussels, clams, and barnacles, is referred to as macrofouling. Typically, organisms are a problem only in large once-through cooling systems or low cycle cooling systems that draw cooling water directly from natural water sources (rivers, lakes, coastal seas). Water that has been processed by an influent clarification and disinfection system is usually free of the larvae of macrofouling organisms.

Macrofouling has always been a concern in certain regions of the United States, especially in coastal areas. However, in the last 10 years, the incidence of problems in the United States caused by macrofouling has increased dramatically. This is due primarily to the "invasion" of two organisms that were accidentally introduced to this country-the Asiatic clam and the zebra mussel. Both organisms have flourished and represent a significant threat to system reliability. Adding to the problem is the decreased usage of chlorine and heavy metal antimicrobials. This decrease permits the infiltration and growth of macrofouling organisms in plant water systems.

Asiatic clams are freshwater mollusks. They probably originated in China or eastern Asia and were introduced into North America and Europe in the past century. They were originally found in warm water but their territory now extends to Minnesota. They have not yet been seen in Canadian rivers or lakes.

Asiatic clams do not attach to surfaces but burrow into sediments in their natural environment. Larvae and juvenile clams easily pass through intake screens and settle in low flow areas. Within 6 months to 1 year, the clams grow to 0.6-1.0 in. in size. When a clam dies, the shell gapes open. Shells of living or dead organisms are carried by water flow and can wedge in condenser or heat exchanger tubes. Once a shell is wedged in a tube, other shells and debris collect and plug the tube further. The Asiatic clam reaches adulthood in about 1 year and reproduces in warm months, releasing thousands of larvae into the system.

Zebra mussels are found in cool rivers and lakes of Europe and North America. They entered the Great Lakes of North America during the 1980's in ship ballast water. This fresh-water mussel attaches to almost any hard surface, including other mussels, to form large mats or clumps. The adult zebra mussel is smaller than many fouling organisms; adults larger than 0.8 in. are rarely seen.

Zebra mussels are named for the striped coloration of their shell and make up for their small size in population densities. Colonies have grown from a few animals to several hundred thousand per square meter in 2 or 3 months. Densities of 500,000-700,000 mussels per square meter have been seen in cooling system intake bays. These organisms reduce the effective diameter of pipes and conduits, and the clumps break off and plug downstream condenser or heat exchanger tubes.

The blue mussel is a temperate marine mollusk, preferring the cool waters of the North Atlantic and North Pacific. The blue mussel attaches to hard surfaces and grows in large colonies. Population densities of more than 100,000 mussels per square meter have been seen. These organisms may reach 4 in. in size and can accumulate in mats several feet thick. They may foul systems by plugging or constricting pipes and conduits and by breaking off and wedging into condenser or heat exchanger tubes. Systems become further infested by larvae being entrained into the influent flow from the surrounding coastal waters, and from the colonies already in the system. Reproduction occurs during the warmer months. Blue mussels can reach adulthood in 1 year and each adult female can release thousands of eggs per season.

The intake bays of large-volume cooling water users are protected from the entrainment of fish and other larger animals by a series of stationary and/or traveling screens. The mesh size of these screens is usually in the 0.2-0.4 in. range, preventing any but the smallest animals from entering. Any creature small enough to enter might be expected to pass, unimpeded, through condensers and other heat exchange equipment, leaving the plant through the discharge.

The larvae of the clams, mussels, and other planktonic (free-swimming) forms are far too small to be removed by debris screens. They enter the system and attach to walls and other surfaces or settle in a low flow area to grow.

Cooling systems provide ideal conditions for the growth of these organisms. The pumps maintain a steady flow of water past their siphons, and the planktonic organisms and other nutrients in the water provide an ample food supply. In warm areas, the organisms may be able to grow and reproduce all year long.

It is the growth of these creatures that leads to macrofouling. There are three basic ways in which the fouling occurs.

Once a cooling system becomes badly fouled, mechanical cleaning is required to restore capacity. The system is usually shut down and the walls scraped or hydroblasted to dislodge adhering organisms. In large systems, tons of macrofouling creatures may be removed. Where treatment is not used, the system will start to foul again as soon as water flow is resumed.

When the system is treated, the time between clean-outs can be extended. However, any time there is significant fouling in the system, mechanical cleaning is a prerequisite to the use of a macrofouling control program.

The organisms that cause macrofouling can be killed by heated water. Some systems are designed to allow the heated water from the outlet of the condenser to be recirculated back to the intake. As the water recirculates, it is heated and improves macrofouling control. A 15-60 min ex-posure to water at 104°F or higher has effectively controlled zebra mussels. Thermal treatment is not used extensively because most systems are not designed to recirculate water. Also, when heated water is recirculated the system cooling capacity is greatly diminished.

Critical areas of the cooling system may be protected by additional screens and strainers. They work well to prevent the intrusion of adult organisms, but do not prevent the entrance of larvae, which grow in the system.

Other methods that have been used include ultrasonic vibration and electrical shock. They, like thermal treatment, can be effective but require relatively expensive capital equipment and are difficult to maintain and use. Therefore, these methods are not widely used.

The application of an oxidizing antimicrobial such as chlorine for the control of undesirable organisms is a well known and long-practiced procedure. Chlorine is toxic to all living organisms from bacteria to humans. However, in the case of hard-shelled creatures including some mollusks and crustaceans, exposure is not easily accomplished. Some mollusks (e.g., oysters, blue mussels, Asiatic clams, and zebra mussels) and crustaceans (e.g., barnacles) have sensitive chemoreceptors that detect the presence of oxidizing chemicals such as chlorine (hypochlorite), bromine (hypobromite), ozone, and hydrogen peroxide. When oxidizers are detected at life- threatening levels, the animal withdraws into its shell and closes up tightly to exclude the hostile environment. Animals like oysters and mussels can remain closed for days to weeks if necessary. There is evidence to suggest that, during extended periods of continuous chlorination, the creatures may eventually die from asphyxiation rather than chlorine toxicity.

Even when their shells are closed, the animals continue to sense their environment; and as soon as the oxidant level decreases, they reopen and resume siphoning. "Continuous chlorination" often fails to eradicate these macrofouling creatures because of interruptions in the feed, which can occur for various reasons, such as chlorine tank changeover or plugging of feed lines. If the interruption lasts long enough (1 hr or possibly less), the animals have time to reoxygenate their tissues between the extended periods of chlorination.

Any oxidant, such as chlorine, bromine, or ozone, elicits the same response from these crea-tures. Therefore, only continuous, uninterrupted applications are successful.

There are several categories of nonoxidizing antimicrobials that have proven to be very effective in controlling macrofouling organisms. Quaternary amine compounds and certain surfactants have been applied to infested systems for relatively short intervals (6-48 hr). These compounds do not trigger the chemoreceptors of the mollusks. The mollusks continue to filter feed and ingest a lethal dosage of the antimicrobial throughout the exposure period. These compounds produce a latent mortality effect-the mollusks may not die until several hours after the antimicrobial application. Cold water temperatures may extend this latent mortality effect and may also require slightly higher feed rates and longer feed durations due to slower organism metabolism.

The advantages of a nonoxidizing antimicrobial program include ease of handling, short application time, and relatively low toxicity to other aquatic organisms. In addition, some of these compounds can be readily detoxified.

Learn more about how Veolia's microbiological control agents can help with macrofouling control. 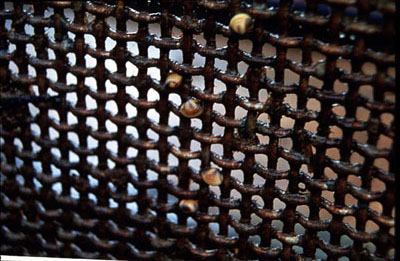 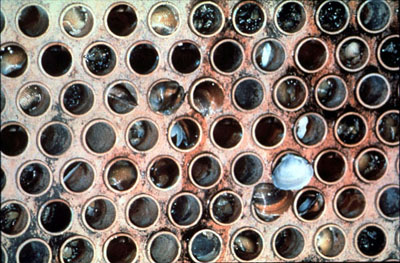 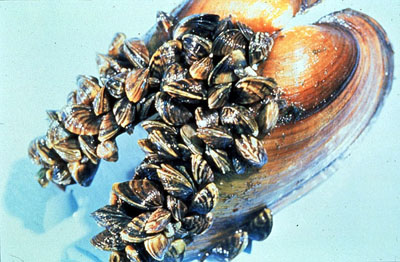 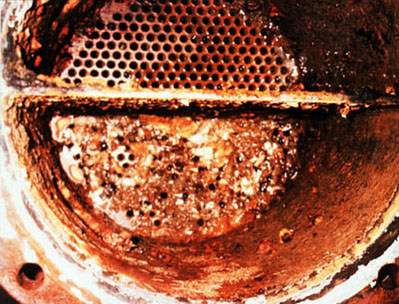 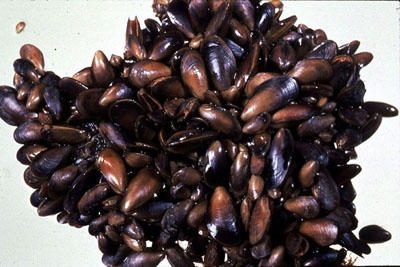 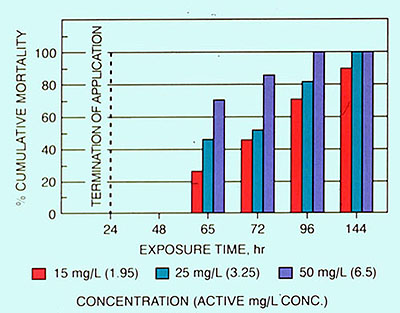